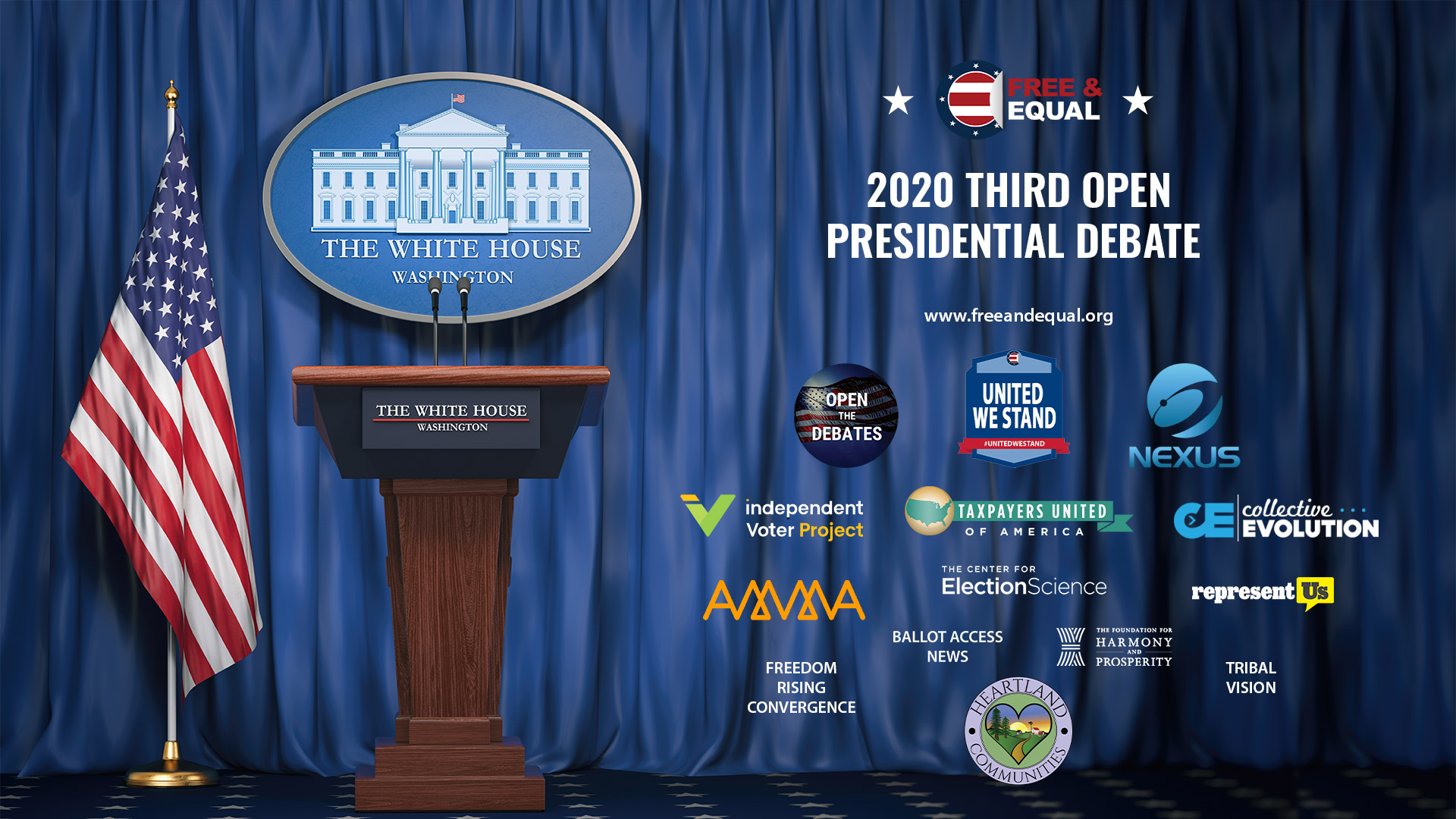 Open U.S. Presidential debate this Saturday, live from Cheyenne. Hear from five Presidential candidates across the political spectrum in the final debate of the 2020 Election.

Cheyenne, Wyoming, October 19, 2020 – The Free & Equal Elections Foundation is partnering with the Independent National Union. Together, along with co-host Open the Debates, they will present the third Open Presidential Debate of the 2020 election at Little America Hotel & Resort Grand Ballroom on October 24, 2020 at 6pm MDT in Cheyenne, Wyoming. The debate will take place during the inaugural Independent National Convention | INC 2020. Focused on creating an alternative debate platform that can truly serve the needs of the American electorate, the debate will bring together candidates across the political spectrum to give U.S. voters a richer view of their actual ballot choices.

Free & Equal founder Christina Tobin will moderate the debate. Criteria for inclusion requires the candidate be on the ballot in at least 8 states. Five candidates have confirmed their participation:

“Voters deserve to hear from all their candidate choices, but the Commission on Presidential Debates is an exclusionary organization,” stated Tobin. “Our open inclusive platform fosters collaboration and unity by rising above the two-party control system to provide thoughtful, respectful debate and inspire a better path forward.”

The debate will use the cumulative debate format to provide a balanced and informative dialogue among the candidates.  Since 2008, the Free & Equal Elections Foundation has set the standard for inclusive political debates that cover a range of neglected issues. In 2012, we hosted the very first globally-televised open presidential debate in US history, moderated by Larry King and Christina Tobin.

Free & Equal is also developing a blockchain election app in partnership with Nexus Earth. The event will be streamed live through the Free & Equal website, Facebook, and YouTube.

You may also attend the debate live by registering for INC 2020 or securing an in-person debate only pass at the INC 2020 website. Members of the press may request a press pass by contacting Free & Equal’s media director Kristan Harris.

The Independent National Union is an emerging framework for organizing the independent political sector under a shared banner to build political power outside the two-party duopoly.