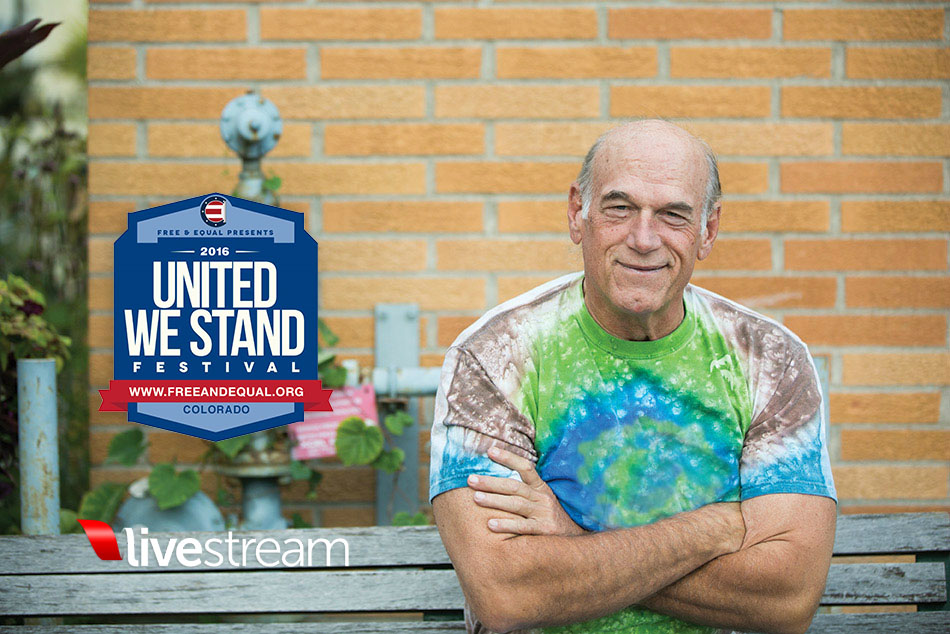 Will Slam Corruption of Commission on Presidential Debates

BOULDER, Colorado, October 21, 2016 – Jesse Ventura, the former Governor of Minnesota who won office as the nominee for the Reform Party, will address United We Stand Festival the via live stream prior to Free and Equal’s Presidential Debate for the People this Tuesday, October 25th.  The event takes place at Macky Auditorium on the campus of CU, Boulder and festivities begin at 4:00 PM MTN.

The People’s Presidential Debate is unique in that Free and Equal invites all candidates who gain ballot access in enough states to reach 15% of the electoral vote. To date, “Rocky” Roque De La Fuente (the Reform Party’s and the American Delta Party’s nominee), Darrell Castle (Constitution Party), and Gloria LaRiva (Party for Socialism and Liberation) have confirmed to participate. Gary Johnson and Jill Stein, who took part in 2012, and Evan McMullin have not yet confirmed.

A video trailer of the event can be viewed at here (.https://youtu.be/iePif_qTMDU).

The Trump campaign requested an invitation to Free and Equal’s debate. There has been no response from the Clinton Campaign.

The debate is the highlight of the United We Stand Festival that will feature a host of speakers and performances by musicians including Ky-Mani Marley, Flobots, former Attorney General Ramsey Clark, Spragga Benz, Earth Guardians and Kweku Mandela, grandson of the late Nelson Mandela. The discussion is especially relevant this election cycle when there seems to be a growing opposition to establishment politics.

Christina Tobin, Founder, and Chair of Free and Equal said “we believe that every credible candidate should be invited to debate the issues.”   “That is why we organized the Peoples Presidential Debate in 2008 and 2012 and are proud to continue that tradition,” said Tobin.

For more details, email PR Manager for Free and Equal, Lauren Brillante, at lauren@FreeAndEqual.org or phone (303) 586-1577.

The current media reach for the event is over 150 million people and rising.

FOR MORE INFORMATION ON UNITED WE STAND FEST CLICK HERE.