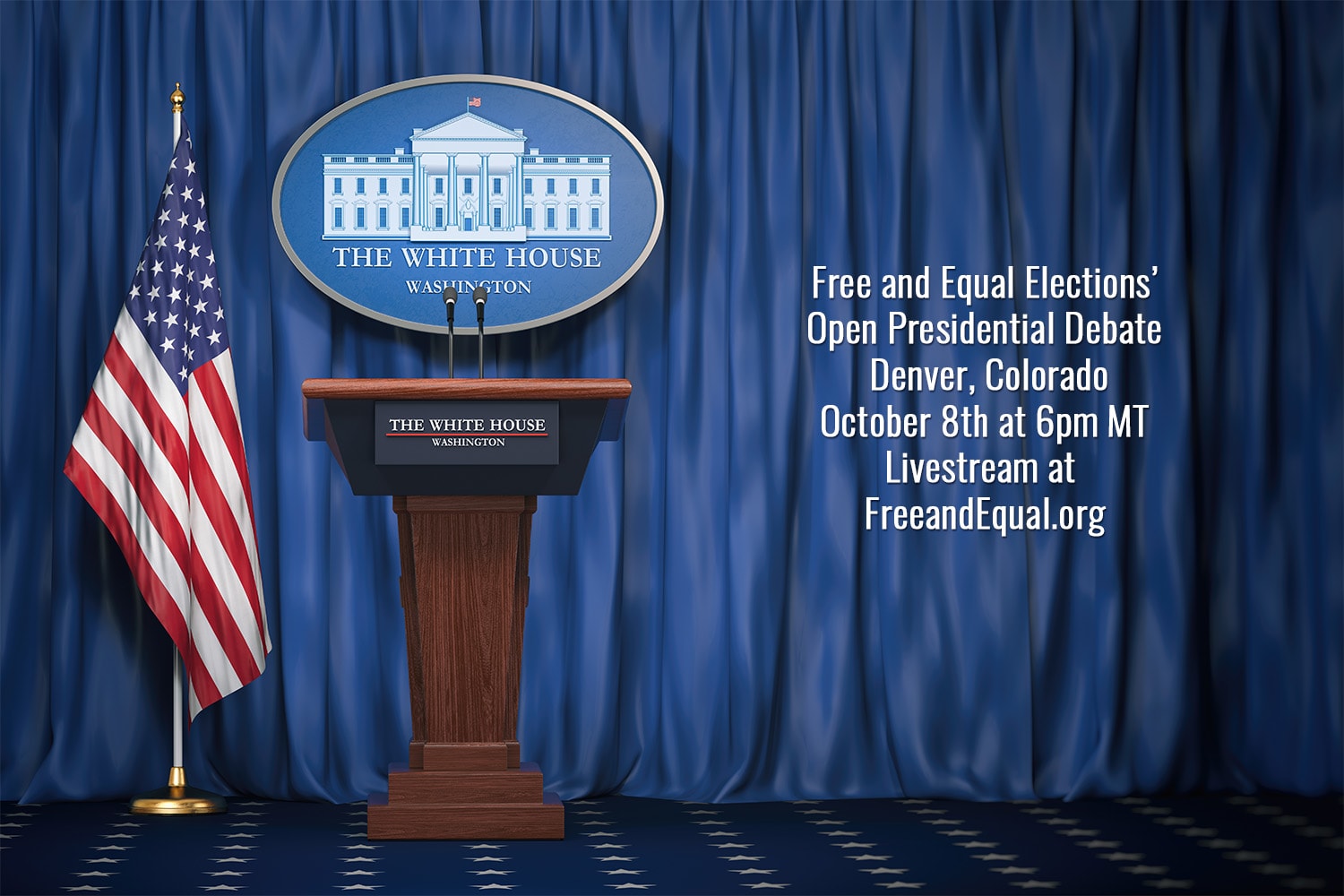 05 Oct Elevate the Debate: The two-party system’s failure is the people’s opportunity By Christina Tobin and Eli Beckerman

The Two-Party System’s Failure Is the People’s Opportunity

By Christina Tobin and Eli Beckerman

Last week’s showdown between the sitting U.S. President and his opponent was an exhausting production that played into the divisiveness of our country, rather than focusing on solutions.

Since 2008, we have been sounding the alarm on the two party system’s control of Presidential debates, while creating alternative platforms that serve the people and improve our electoral system.

In March, we staged the first-ever cross-partisan presidential debate during the primary. 18 candidates representing 10 political affiliations from across the political spectrum came together to demonstrate that real political debate is possible in this incredibly diverse nation. Grounded in respectful and constructive dialogue, these candidates articulated their competing ideas, values, and visions for the United States.

This week, at least five presidential contenders will join us in Denver for another open presidential debate. With the Commission on Presidential Debates reeling from its poor stewardship of the debate process, Thursday’s cross-partisan debate is an opportunity for the nation to advance a much more meaningful political discourse — one that represents our deep yearnings for a more perfect union.

While the Commission on Presidential Debates claims to work “for the benefit of the American electorate”, they brazenly ignore the overwhelming will of that electorate to open the debates to new ideas, fresh voices, and more choices. Three out of four voters want to see all ballot-qualified candidates included.

Beyond debates, polls consistently show that the American people are ready to move beyond divisiveness and find common cause. Public Agenda, USA Today, and Ipsos found in their groundbreaking Hidden Common Ground report that 92% of Americans think it is important to move beyond divisiveness, while 89% say it is important to support candidates that are working toward unifying the country. The same study showed that 65% of Americans think one important solution is to make it easier for third party and independent candidates to win office.

It is sobering that the desires of the public at large are so thoroughly thwarted with barely a voice of dissent in the main media ecosystem.

It is often said that our country is on the line in the 2020 election. Without meaningful debate, and free and fair election, we will continue to witness the unraveling.

Yes, the First Amendment secures us the freedom to speak up as citizens, voters, donors, candidates and, increasingly, as social media pundits. But nowhere in the Constitution is our right to be reasonably informed about our actual ballot choices. Yet it is a foundational principle of healthy self-government that voters should have access to information about our choices.

When a sprawling media apparatus obsessed with short-term profits fails to provide voters fair and robust information, the underpinnings of our republic are eroded. We are subjected to a thriving politics industry comprised of special-interest actors that have adopted one side or the other of a two-headed monster. The public interest is simply not invited to the party.

In their new book The Politics Industry, Katherine Gehl and Michael Porter lay out a devastating analysis of our political system: “Much of today’s system is a self-serving, self-perpetuating private industry composed of gain-seeking actors who write their own rules. They compete to grow and accumulate resources for themselves—not necessarily to serve the public interest—and create artificial barriers to prevent new competition from threatening their hold on the industry.”

Instead of acknowledging the deep systemic problems that have disrupted both the illusion and reality of the United States, the political establishment has worked overtime to insulate their brands from accountability to the people.

With all the suggestions about how the Commission on Presidential Debates can improve upon last week’s debate, the simplest shift would be to listen to what a supermajority of Americans are asking for. Including third party and independent candidates would explode the false binary narrative that dominates and artificially limits our political discourse. The boxing match would gain texture, substance, and depth that the two parties intentionally keep hidden under the rug.

At a time when voters are thirsting for more choices, it is absurd to keep Libertarian nominee Jo Jorgensen and Green nominee Howie Hawkins off the stage. Wednesday’s Vice Presidential debate should include their respective running mates, Spike Cohen and Angela Walker. Objectively speaking, there are four candidates on enough state ballots to win the election, and the CPD has appointed itself as gatekeeper standing between voters and their choices.

Including third party and independent candidates would also be the surest way to entice non-voters and independents to tune into these important forums for resolving our differences as we move forward together.

If we want to heal and unite a hurting nation, we must first seek to listen, to understand, and to calmly and respectfully debate our differences.

Out of the ashes of last Tuesday’s two-party debate, we hope something of real service to the nation may arise from Thursday’s far more inclusive debate.