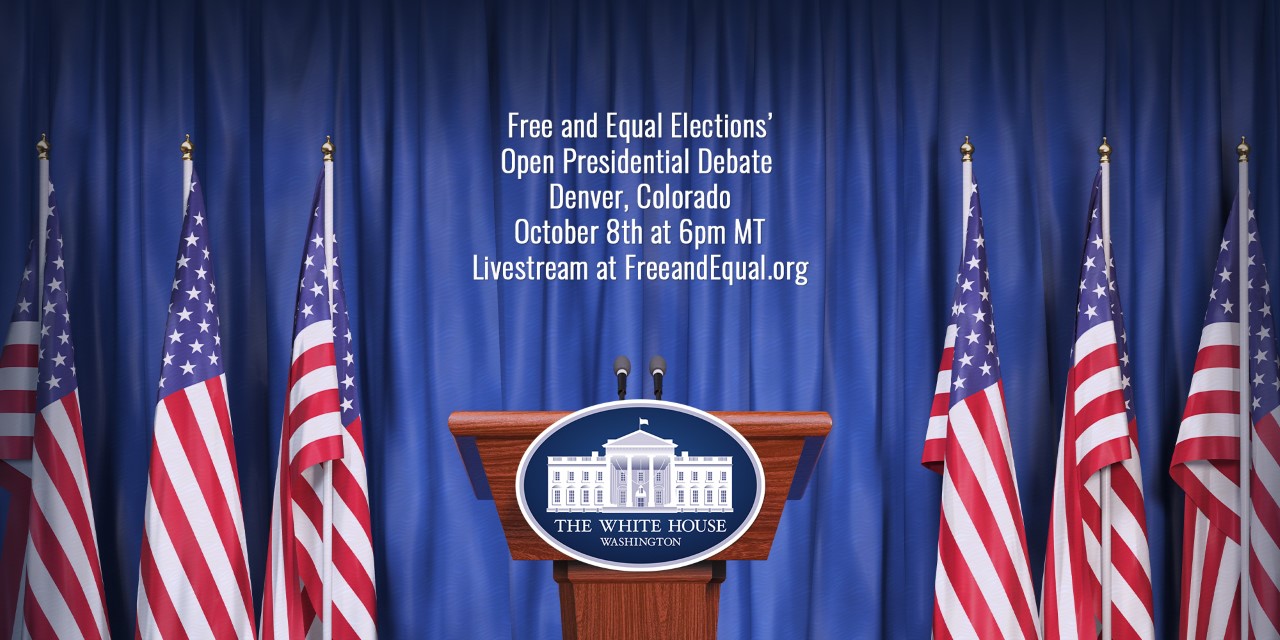 Ten presidential candidates have been invited, and five are already confirmed to participate in this historic debate. Criteria for debate inclusion requires the candidate be on the ballot in at least 8 states.

Co-hosted by Open the Debates, the debate will use the cumulative debate format to provide a balanced and informative dialogue among the candidates.

The event will be closed to the public and streamed live at freeandequal.org. IVN.us has offered to cover and promote the event.

Since 2008, Free & Equal Elections Foundation has set the standard for open, all-inclusive political debates. In 2012, we hosted the very first globally-televised open presidential debate in US history, moderated by Larry King and Christina Tobin. Free & Equal is also developing a blockchain election app in partnership with Nexus Earth.