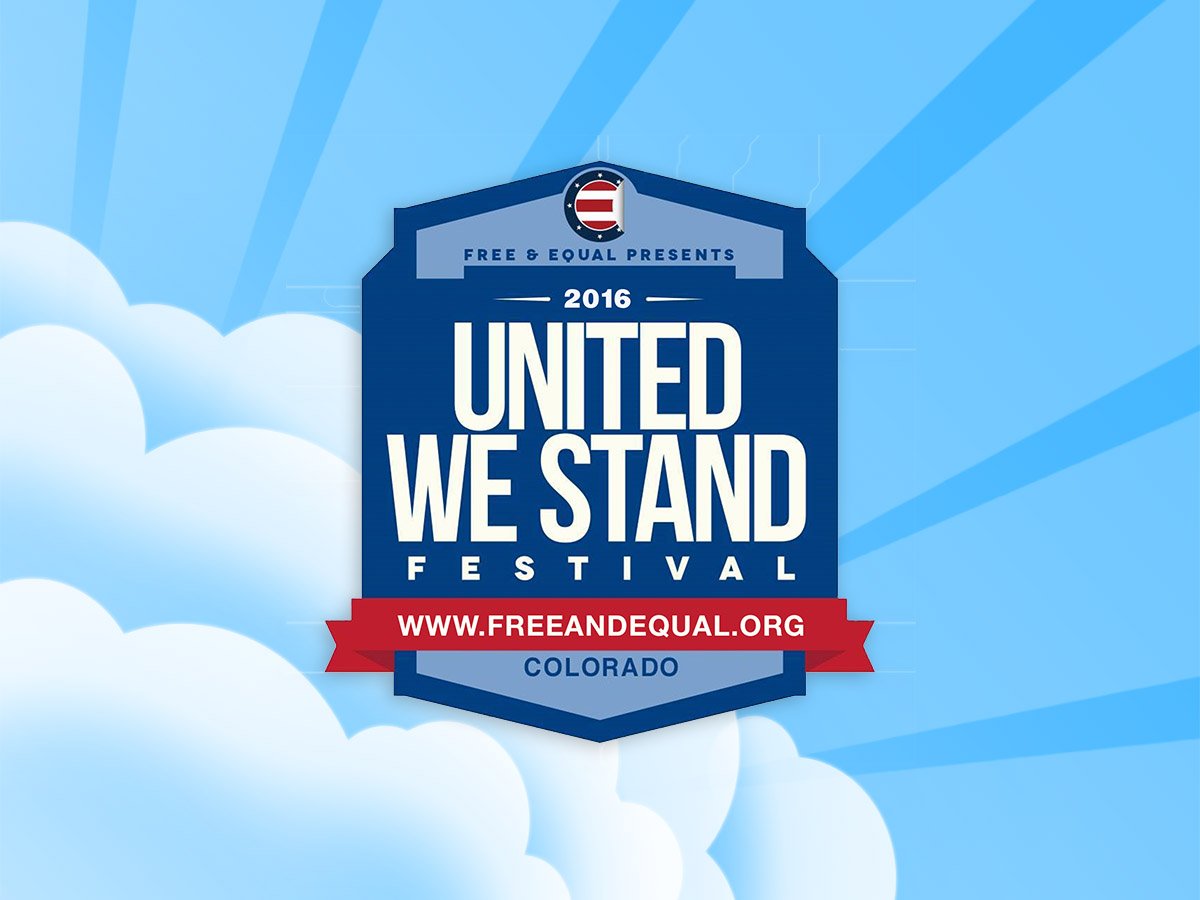 BOULDER, Colorado, October 18, 2016 – The Free and Equal Election Foundation will be holding its United We Stand Fest and the People’s Presidential Debate in Boulder on October 25th.  Tickets for the event are free while they last and can be obtained here. The debate  invites a broad spectrum of candidates to address issues important to the American people and supports conversations between candidates to help us discover real solutions.

The People’s Presidential Debate is unique in that Free and Equal invites all candidates who gain ballot access in enough states to reach 15% of the electoral vote. To date, “Rocky” Roque De La Fuente (the Reform Party’s and the American Delta Party’s nominee), Darrell Castle (Constitution Party), and Gloria LaRiva (Party for Socialism and Liberation) have confirmed to participate. Gary Johnson and Jill Stein, who took part in 2012, and Evan McMullin have not yet confirmed.  The Johnson Campaign did offer the possibility of the candidate giving a public statement on the live stream.  Free and Equal respectfully declined.

The debate is the highlight of the United We Stand Festival that will feature a host of speakers and performances by musicians including Ky-Mani Marley, Flobots, former Attorney General Ramsey Clark, Spragga Benz, Earth Guardians and much more.  The presidential debate will begin with a keynote address from Kweku Mandela, grandson of the late Nelson Mandela. The discussion is especially relevant this election cycle when there seems to be a growing opposition to establishment politics.

Christina Tobin, Founder, and Chair of Free and Equal said, “We think the American people deserve a choice. We believe that every credible candidate should be invited to debate the issues. That is why we created the Peoples Presidential Debate in 2008 and 2012. We are proud to continue that tradition this year.”

“It takes courage to stand in front of a live audience among peers with different perspectives and answer tough questions on pressing policy issues,” said Tobin. “So far De La Fuente, Castle, and LaRiva have stepped up to the challenge and we are honored to have them.”

“It is interesting that some presidential candidates fighting to be included in the republican and democratic debates might also exclude themselves from a  vigorous discussion with peers on the issues when invited to do so, Thus far responses to our invitation from Jill Stein, Evan McMullin, and Gary Johnson have been disappointing” she continued. “McMullin and Stein have hinged their participation on Johnson committing to the event”

Tobin was quick to note that participating via video conference or prerecorded statement creates an unfair advantage, She said, “It is disrespectful to the forum and to De La Fuente, Castle, and LaRiva, who did not ask for any special treatment or advantage. It’s also disrespectful to the American people who want to see them all debate.”

She continued, “Free and Equal isn’t just a name. It’s a philosophy. Our organization ‘frees’ alternative candidates from the barriers erected by the DNC and RNC. However, it applies its rules ‘equally.’ We don’t elevate some candidates over others nor do we grant special privileges.”

Most people are unaware that Clinton and Trump are contractually precluded from taking part in any debate that is not run by the Commission on Presidential Debates; a commission that is led by the DNC and RNC, which is why it is almost impossible for other candidates to appear in one of those forums. That is exactly why Free and Equal created the concept of an open presidential debate in 2008 and 2012.

The organization hosted Presidential Debates for the People in 2008 and 2012, the only times any debate outside of the CPD was nationally televised.

For more details, email PR Manager for Free and Equal, Lauren Brillante, at lauren@FreeAndEqual.org or phone (303) 586-1577.

For more information on United We Stand Fest click here.